Significant advancements have been made in the domain of fire safety. Indeed, this area has undergone something of the revolution itself, with advanced sprinkler systems, fire alarms that can distinguish between smoke produced by harmful fires and that produced from non-harmful sources, and the truly groundbreaking influence that Internet-of-Things (IoT) technology has had on the integrating whole systems of fire prevention together. Yet while fire prevention technology such as CO2 fire extinguishers (2kg) and carbon monoxide alarms undoubtedly have their vital place, there is a whole other area of fire safety that is undergoing its own technological revolution – fire and rescue, and actual firefighting itself.

Be in no doubt, this is certainly a distinct area of fire safety and one with much less emphasis on consumer products for homes and places of business. Instead, this is the technology that is typically used by fire and rescue services themselves and, for that reason, there can be no compromise on effectiveness. Some staples of firefighting technology seem unlikely to be superseded any time soon, but others are being rapidly modernized by emerging technologies in the field.

And for all the advancements in the construction of fire prevention technologies and the emergence of ever-more fire-resistant buildings, the incidences of fires are still high. This is in turn only driving the development of new fire and rescue technologies to help deal with this problem. In an ideal world, technology will reach the point where effective fire prevention makes out-of-control fires a thing of the past. But until that distant day, fire and rescue services are still essential, and they require the latest technology in order to perform their job effectively. But what actually is this technology? 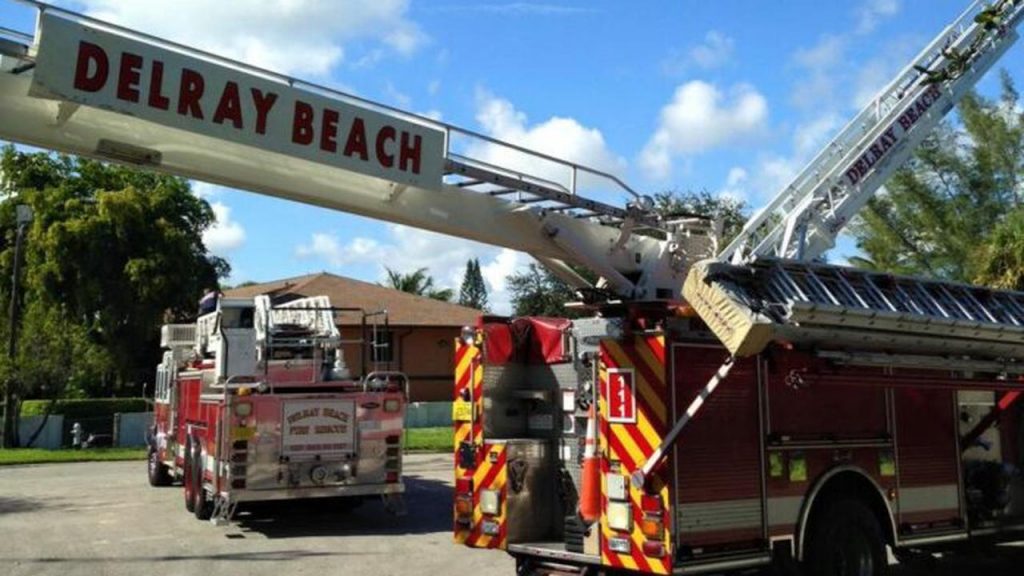 So long as the risk of fire continues to be significant (and it is certainly significant), fire and rescue technology will continue to develop. Thankfully for us, it has come a long way already. In fact, it could even be fair to say that we are fast approaching a watershed moment as new fire and rescue technologies make ever greater use of electronic and “smart solutions” to tackle fires after they have sprung up.

In the interest of sketching out just what this new technological horizon actually looks like, here follows a shortlist of some of the most innovative new technologies that are changing the way firefighters are doing their job. 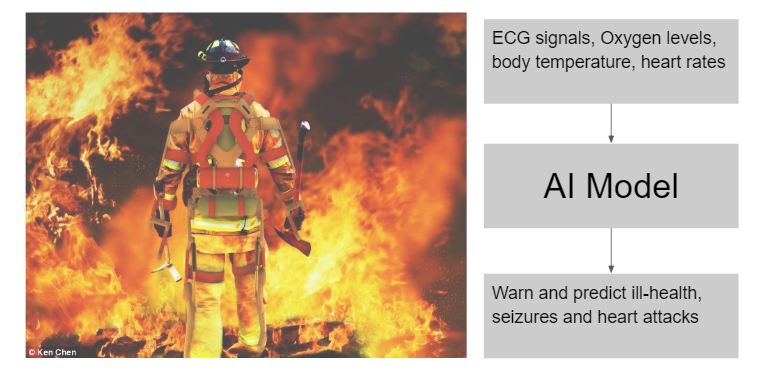 Artificial intelligence is an incredibly wide area of new technology. And indeed, it would be somewhat impossible to summarize all the ways in which it can be applied to the world of fire prevention and firefighting. It might be more prudent, then, to zone in on a specific technology that falls under this broad umbrella term. It should also be noted that this technology is largely still at the developmental stage, but with the incredible possibilities already becoming apparent, it seems set to be nothing short of revolutionary.

It has been NASA, no less, that has recently developed a new software application called Assistant for Understanding Data through Reasoning, Extraction and Synthesis (or AUDREY, if that proves a bit of a mouthful). AUDREY once rolled out, seems set to make the firefighter’s job both easier and safer. AUDREY works by collecting essential fire data – such as temperature, flow path, the presence of any dangerous gases, and more – and in turn, calculates the time firefighters have to respond to the fire to prevent extensive damage or loss of life.

But more than just this, AUDREY can also recommend the best way for firefighters to respond to the situation. There is a great deal of knowledge that comes with being a firefighter – and any qualified firefighter will be more than aware of what that is – but problems can arise when firefighters simply cannot collect the data that they need due to the perilousness of the situation. AUDREY answers this problem by collecting this data and recommending a strategy by means of wearable sensors. The ultimate hope is that AUDREY could ultimately serve as an invaluable guide for those doing this dangerous job, helping firefighting teams work together effectively. 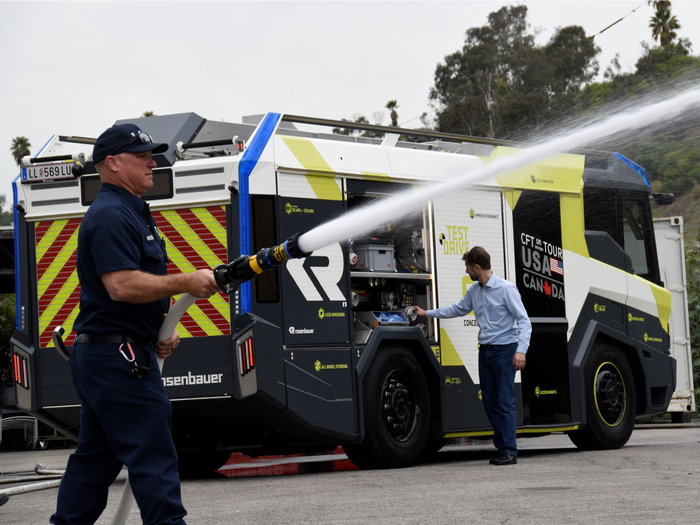 Electric vehicles were once a thing of the future, then they existed but were prohibitively expensive or inefficient. Today, they have finally announced themselves and seem set to fully supersede gas-powered vehicles in the very near future. And, as you might expect, fire trucks are not exempt from this particular revolution. The main advantage for firefighters is that these electric trucks are set to be efficient enough to avoid the need for regular stops at gas stations as the fire truck can simply recharge once it is back at the fire station.

While an electric fire truck might not have any immediate advantage over a gas-powered one when it comes to actually tackle ablaze, the Austrian firm Rosenbauer has just developed the world’s first electric fire truck, so the shift certainly seems to be happening. 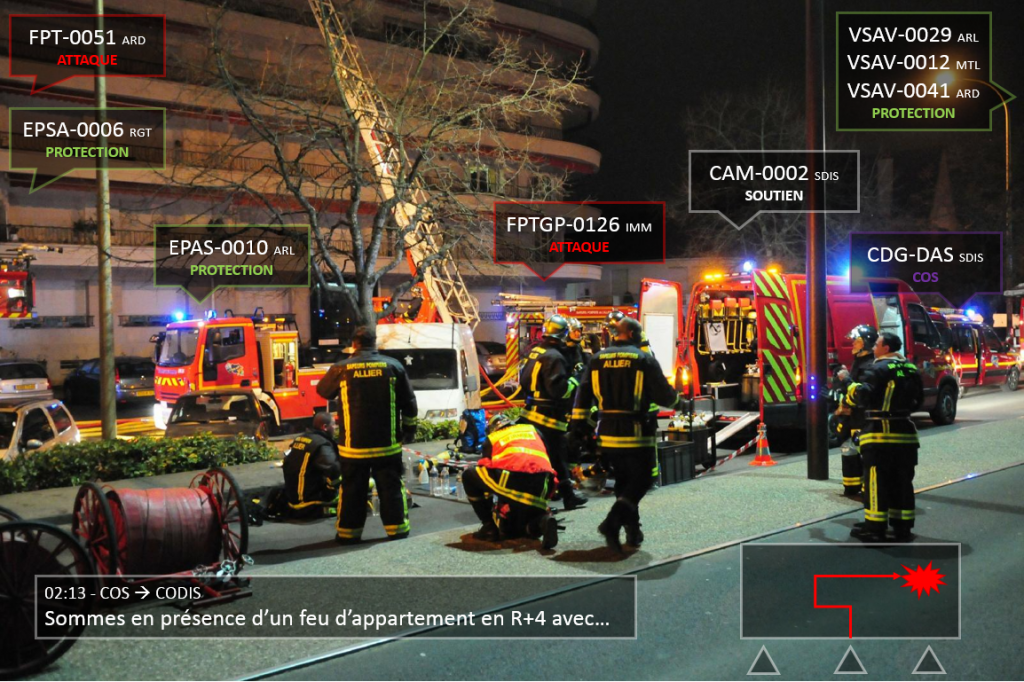 As things stand, augmented reality, which is the overlaying of virtual graphics overviews of the real world, has seen its most widespread application in the world of gaming. Very soon, however, this technology could be making an enormous impact in the world of firefighting as well. As things stand, firefighters already use thermal vision cameras to see through flames and smoke. But soon, AR could be used to overlay data about the fire over the firefighter’s field of vision, communicating information such as how the flames are spreading and how hot they are. AR is, in fact, already being used to train firefighters by creating digital beacons for the firefighters to search for in smoke-filled rooms. 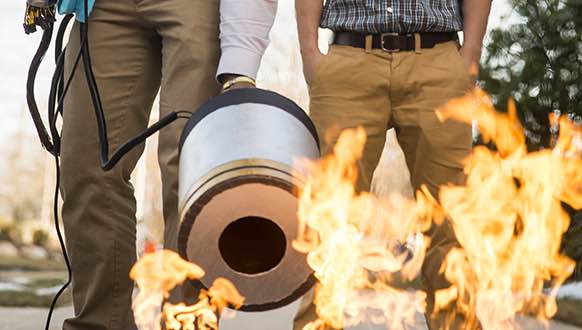 This is one item on the list that truly has the feel of futuristic technology. What if you could extinguish a fire with sound? Well, not only is that possible but the technology already exists and has proven to be highly effective. Demonstrated by two students in 2017 who developed a small subwoofer gun that could extinguish small fires, it has been recognized that the technology can actually be effectively scaled up, even to the point of being useful for tackling massive wildfires. The advantages of this technology involve the absence of chemical compounds, which can be hazardous and cause property damage. It has even been suggested that this technology could be mounted to drones and flown over wildfires. The future has truly arrived.

Choosing a Laptop for Video Editing: Tips for Creators

Rollercoaster Roblox Games of the 21st Century You Can’t Miss

The 3 Essential Mods For Your Truck For Off-Roading

Choosing a Laptop for Video Editing: Tips for Creators

4 Reasons Why Private Jet Travelling is Soaring in Popularity

Do You Make These Simple Mistakes In Cryptocurrency?